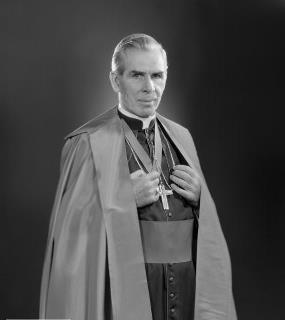 Never once is Our Blessed Lord indignant against those who are already, in the eyes of society, below the level of law and respectability. He attacked only the sham indignation of those who dwelt more on the sin than the sinner and who felt pleasantly virtuous, because they had found someone more vicious than they. He would not condemn those whom society condemned; his severe words were saved for those who had sinned and had not been found out. That was why He said to the woman taken in sin, “he that is without sin among you, let him first cast a stone at her” (John 8:7). Only innocence has a right to condemn. He would not add His burden of accusation to those that had already been hurled against the winebibbers and the thieves, the cheap revolutionists, the streetwalkers, and the traders. They were everybody’s target and everybody knew that they were wrong.