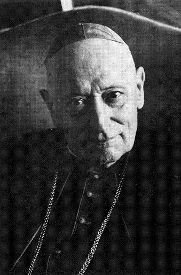 In every social class there are compassionate people who take the side of the poor and the suffering and who desire a just social order. Such people often become unwittingly the henchmen of the Communists. Their cooperation yields propagandistic gains for the Marxist movement. Often such sympathizer are won over by Communism's empty promises of equality,  the elimination of all earthly misery, the welfare state, and a happy, classless society in a free world. But the Communist ideology can achieve lasting effects only where the religious foundations of a nation have been undermined so that reason, faith in God, and morality do not offer sufficient resistence to such ideas.