Many pastors of souls are more afflicted if the revenues  of the Church are diminished or lost than if a great number of souls  perished through their absence or neglect.

--St. Robert Bellarmine, The Seven Words on the Cross

QUOTATION: What Christ Asks of You

What Christ asks of you is not sinlessness, but diligence.

QUOTATION: The Usual Condition of the Saints

The condition of the saints has been ordinarily one of dryness, not of sensible consolations.

--St. Alphonsus Liguori, The Way of Salvation and Perfection

Your guardian angel is your best friend. He’s more intelligent than a room full of scholars, more powerful than all armies, and he’s always with you trying to get you to heaven.

When I consider the labours of physicians to save the life of the body, the years of study which they devote to that end, I reproach myself that I do not work as much for the infinitely more precious life of the soul.

QUOTATION: Leave the Fruits to God

Do not pursue spectacular deeds. We must deliberately renounce all desires to see the fruit of our labour, doing all we can as best we can, leaving the rest in the hands of God.

QUOTATION: To Err is Human

He who does not sin is not human.

Mahomet established a religion by putting his enemies to death; Jesus Christ by commanding his followers to lay down their lives.

QUOTATION: Definition of a CatholicG

A Catholic is a person who has plucked up courage to face the incredible and inconceivable idea that something else may be wiser than he is.

QUOTATION: Christianity is the Source of the West's Greatness

The false idea of the superiority of certain races and classes is due to the forgetfulness of the spiritual foundations of equality. We of the Western world have been rightly proud of the fact that we have a civilization superior to others. But we have given the wrong reason for that superiority. We assume that we are superior because we are white. We are not. We are superior because we are Christians. The moment we cease to be Christian, we will revert to the barbarism from which we came.

QUOTATION: Nothing Can Fill Us But God

The big, blazing, terrible truth about man is that he has a heaven-sized hole in his heart, and nothing else can fill it. We pass our lives trying to fill the Grand Canyon with marbles.

When the Sacredness of life before birth is attacked, we will stand up and proclaim that no one ever has the authority to destroy unborn life. 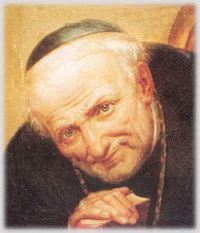 QUOTATION: We Must Obey God Rather Than Men 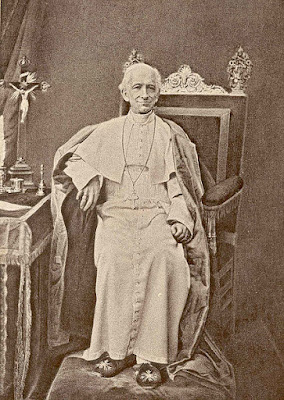 The one only reason which men have for not obeying [their rulers] is when anything is demanded of them which is openly repugnant to the natural or the divine law, for it is equally unlawful to command to do anything in which the law of nature or the will of God is violated. If, therefore, it should happen to anyone to be compelled to prefer one or the other, viz., to disregard either the commands of God or those of rulers, he must obey Jesus Christ, who commands us to “give to Caesar the things that are Caesar’s, and to God the things that are God’s,” (Mt 22:21), and must reply courageously after the example of the Apostles: “We ought to obey God rather than men” (Acts 5:29). And yet there is no reason why those who so behave themselves should be accused of refusing obedience; for, if the will of rulers is opposed to the will and the laws of God, they themselves exceed the bounds of their own power and pervert justice; nor can their authority then be valid, which, when there is no justice, is null.

When a soul is filled with true charity, nothing appears difficult, because this charity becomes the principle of all its operations, and it acts only under this influence. 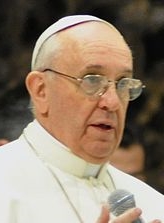 Some believe that faith and salvation come with our effort to look for, to seek the Lord. Whereas it’s the opposite: you are saved when the Lord looks for you, when He looks at you and you let yourself be looked at and sought for. The Lord will look for you first. And when you find Him, you understand that He was waiting there looking at you, He was expecting you from beforehand. That is salvation: He loves you beforehand. And you let yourself be loved. Salvation is precisely this meeting where He works first.

QUOTATION: The Church Grows By Attraction

The Church does not engage in proselytism. Instead, she grows by “attraction”: just as Christ “draws all to himself” by the power of his love, culminating in the sacrifice of the Cross, so the Church fulfills her mission.

Love ought to consist of deeds more than of words.

For the person who loves Jesus, prayer, even prayer without consolation, is the sweetness that puts an end to all sorrow: he goes to pray, eagerly, like a child going to the sugar-bowl after a bitter dose of medicine.

QUOTATION: Faith is a Gift from God

You cannot argue, or study, or reason, or hypnotize, or whip yourself into faith. Faith is a gift of God. When anyone instructs you in Christian doctrine, he does not give you faith. He is only a spiritual agriculturalist, tilling the soil of your soul, uprooting a few weeds and breaking up the clods of egotism. It is God who drops the seed.

True love is excess of justice, excess that goes farther than justice, but never destruction of justice, which must be and must remain the basic form of love. 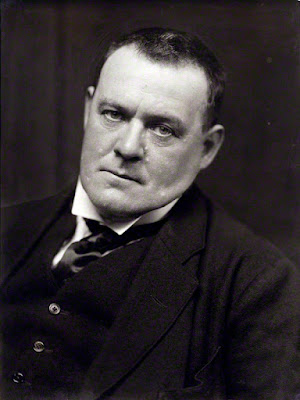 Being Atheist, it is characteristic of the advancing wave that it repudiates the human reason. Such an attitude would seem again to be a contradiction in terms; for if you deny the value of human reason, if you say that we cannot through our reason arrive at any truth, then not even the affirmation so made can be true. Nothing can be true, and nothing is worth saying. But that great Modern Attack (which is more than a heresy) is indifferent to self-contradiction. It merely affirms. It advances like an animal, counting on strength alone. Indeed, it may be remarked in passing that this may well be the cause of its final defeat; for hitherto reason has always overcome its opponents; and man is the master of the beast through reason.

QUOTATION: God is the Source of Authority

There are many who believe that human beings, and in particular the government, have the right to violate divine laws whenever it seems expedient to do so. This kind of thinking caused innocent people to be interned in concentration camps, robbed of all their possessions, exiled, or murdered outright. Those who issued and carried out such orders, or merely approved of them, all forgot one thing: whenever a conflict arises between human and divine law, we must obey God rather than men. Those who govern this land chose to place themselves above the laws of God. They fail to realize that in doing so, they were undermining the foundations of their own authority.

The womb of Mary was, therefore, to our Redeemer a voluntary prison, because it was a prison of love. But it was also not an unjust prison: he was indeed innocent himself, but he had offered himself to pay our debts and to satisfy for our crimes. It was therefore only reasonable for the divine justice to keep him thus imprisoned, and so begin to exact from him the due satisfaction.

QUOTATION: Offering it Up

When we must do something we dislike, let us say to God, “My God, I offer You this in honor of the moment when You died for me.”

QUOTATION: See What Love Can Do! 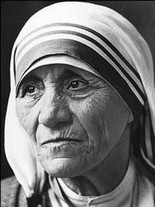 One day I picked up a man from the gutter. His body was covered with worms. I brought him to our house, and what did this man say? He did not curse. He did not blame anyone. He just said, “I’ve lived like an animal in the street, but I am going to die like an angel, loved and cared for!” It took us three hours to clean him. Finally, the man looked up at the sister and said, “Sister, I am going home to God.” And then he died. I’ve never seen such a radiant smile on a human face as the one I saw on that man’s face. He went home to God. See what love can do!

QUOTATION: Priests Must Be Ministers of Mercy 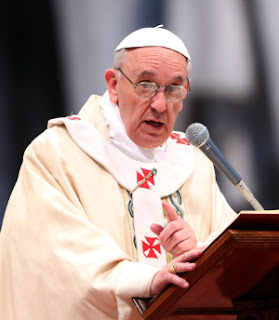 The Church has sometimes locked itself up in excessive attention to detail, in small-minded rules. The most important thing is the first proclamation: Jesus Christ has saved you. And the ministers of the Church must be ministers of mercy above all. The confessor, for example, is always in danger of being either too much a rigorist or too lax. Neither are merciful, because neither of these roles really takes responsibility for the person. The rigorist washes his hands and leaves it to the commandment. The lenient minister washes his hands by simply saying ‘This is not a sin’, or something similar. In pastoral ministry we must accompany people, and we must heal their wounds.

Nothing should make you love your vocation more than being nailed to the Cross.