QUOTATION: The People Who Crucified Our Lord 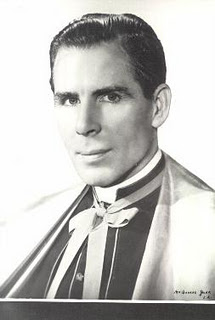 And the people who chose to make war against Our Lord were never those whom society had labeled sinners. Of those who sentenced Him to death, none had ever had a record in the police court, had ever been arrested, was ever commonly known to be fallen or weak. But among his friends, who sorrowed at His death, were converts drawn from thieves and prostitutes. Those who were aligned against Him were the nice people who stood high in the community—the worldly, prosperous people, the men of big business, the judges of law courts who governed by expediency, the “civic minded” individuals whose true selfishness was veneered over with public generosity. Such men as these opposed Him and sent Him to his death. Why did they hate Him? Because, all during His life, He had been tearing the masks of false goodness from nice people, exposing the evil of men and women who lived in accordance with the conventional standards of His time. Finally a time came when the accused could no longer tolerate His reproaches of what they were. Our Lord was crucified by the nice people who held that religion was alright in its place, so long as its place was not here, where it might demand of them a change of heart. The cross of Calvary stands at the crossroads of three prosperous civilizations as eloquent testimony to the uncomfortable truth that the successful people, the social leaders, the people who are labeled nice are the ones most capable of crucifying the Divine Truth and the Eternal Love.