It must therefore be acknowledged that God is everywhere by the presence of his Divinity but not everywhere by his indwelling of grace.

The ethical path, which forms part of the human being, is pre-religious.  No person, be they a believer,  an agnostic or an atheist, can avoid the demands of what is ethical, which range from the most general principles-- the most basic of all: "Do good and avoid evil"-- to the most specific.

You cannot oppose an ideology with an opinion, or a philosophy of life with appeasing compromises. The mere fact that you give your right arm to a bear is no guarantee that he will not take your left.

God is in all things; not indeed as part of their essence, nor as an accident; but as an agent is present to that upon which it works.

No one should commend poverty, save the poor.

QUOTATION: Respect for Others

If you don't accept that there are people with different opinions even opposing opinions, opinions that you don't share, and if you don't respect them or pray for them, you will never redeem them in your heart.  We must not let ideology trump morality.

There have been times, under a Leo, or a Gregory, or a Hildebrand, when it looked as if the papacy was a match for all comers. But in ordinary circumstances,  although it has never ceased to preserve the tradition of doctrine and of moral theory which (we believe) was handed down from the apostles, it has only succeeded partially and with great difficulty in combating the bad traditions of its own worldly supporters.

Poverty is an odious blessing.

Those preachers are foolish and improvident  who, in speaking of religion and proclaiming the things of God, use no words but those of human science and human prudence, trusting to their own reasonings rather than those of God. Their discourses may be brilliant and fine, but they must be feeble and they must be cold, for they are without the fire of the utterance of God  (Jeremiah 23:29).

Conscience has rights because it has duties; but in this age, with a large portion of the public, it is the very right and freedom of conscience to dispense with conscience, to ignore a Lawgiver and Judge, to be independent of unseen obligations. It becomes license to take up any or no religion, to take up this or that and let it go again, to go to church, to go to chapel, to boast of being above all religions, and to be impartial critic of each of them.

The Christian leader cannot simply be persons who have well informed opinions about the burning issues of our time.

QUOTATION: Why Does God Allow Evil Men to Live?

They say sometimes that it is sufficient to be impious to be long-lived. We might believe it on seeing God's longanimity toward certain impious men. The Holy Spirit, also, has said: " The just man dies in the midst of his good works, and the impious man lives long in his iniquity. " God is waiting to convert him. He permits him to heap up crime upon crime that He may make of him a trophy of His mercy. He loves those great strokes of grace, those miracles of His mercy. They are feast-days of mercy, holidays in heaven.

QUOTATION: The Joy of a Christian

It is sweet to think of Jesus; but it is sweeter to do His will.

QUOTATION: The Road to Joy

There is one and only one possible road to joy: selfless love.

QUOTATION: You Must Choose

Man is faced by two laws : the love of God and the love of self. These two loves are forever at war. One of the two must be obeyed. A choice must be made of one or the other. Neutrality is impossible.

QUOTATION: Why We Need Mary

We may be tempted to say, ‘Our Lord is enough for me. I have no need of Mary’. But Jesus needed her, whether we do or not. And, what is more important, our blessed Lord gave us His Mother as our Mother. As with Cana, she knows what we need before we do. She is the link. The mother is not the doctor, and neither is Mary the Savior. But Mary brings us to the Savior.

The dogmas of the fathers are despised; apostolical traditions are set at nought; the discoveries of innovators hold sway in the Churches. Men have learned to be speculatists instead of theologians. The wisdom of the world has the place of honour, having dispossed the glorying in the Cross. The pastors are driven away, grievous wolves are brought in instead, and plunder the flock of Christ. Houses of prayer are destitute of preachers; the deserts are full of mourners: the aged sorrow, comparing what is with what was; more pitiable the young, as not knowing what they are deprived of.

The love of worldly possessions is a sort of bird line, which entangles the soul, and prevents it flying to God.

Marriage, with or without children, can only be what it is meant to be, a lifelong romance, on one condition—that the husband's attitude is one of lifelong courtship.

The peaceful soul does not seek, now, to live morally, but to live for God; morality is only a by-product of the union with Him.

It is absurd for the Evolutionist to complain that it is unthinkable for an admittedly unthinkable God to make everything out of nothing, and then pretend that it is more thinkable that nothing should turn itself into everything.

QUOTATION: The Consolation of Scripture 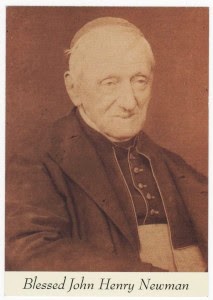 We have, in Scripture, the records of those who lived and died by faith in the old time, and nothing can deprive us of them. The strength of Satan lies in his being seen to have the many on his side; but, when we read the Bible, this argument loses its hold over us. There we find that we are not solitary; that others, before us, have been in our very condition, have had our feelings, undergone our trials, and laboured for the prize which we are seeking. Nothing more elevates the mind than the consciousness of being one of a great and victorious company.

QUOTATION: The Blood of Christ

Let us fix our gaze on the Blood of Christ and realize how truly precious It is, seeing that it was poured out for our salvation and brought the grace of conversion to the whole world.

I have always said that whoever preaches with love is preaching effectively against the heretics, even though he does not say a single controversial word against them.

QUOTATION: God is Never Too Busy

God is never too busy to listen to His children.

QUOTATION: God Penetrates the Human Heart in Spite of Ourselves 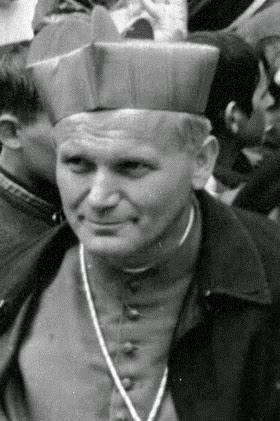 I shall never forget the impression left with my by a Russian soldier in 1945.  The war was only just over. A conscript knocked at the door of the Cracow seminary.  When I asked "What is it you want?" he replied that he wished  to enter the seminary.  Our conversation went on for a long time.  Even though he never in fact entered (incidentally he was far from clear in his mind about what a seminary really is) our meeting taught me, personally, one great truth: how wonderfully God succeeds in penetrating the human mind even in the extremely unfavourable conditions of systematic denial of him.  In the whole of his adult life that man had scarcely ever gone inside a church. At school, and then later at work, he had continually heard people asserting "There is no God!" And in spite of all that he said more than once: "But I always knew that God exists. . . and now I would like to learn something about him . . .".

QUOTATION: God's Love of Us

The Christian does not think God will love us because we are good, but that God will make us good because He loves us. 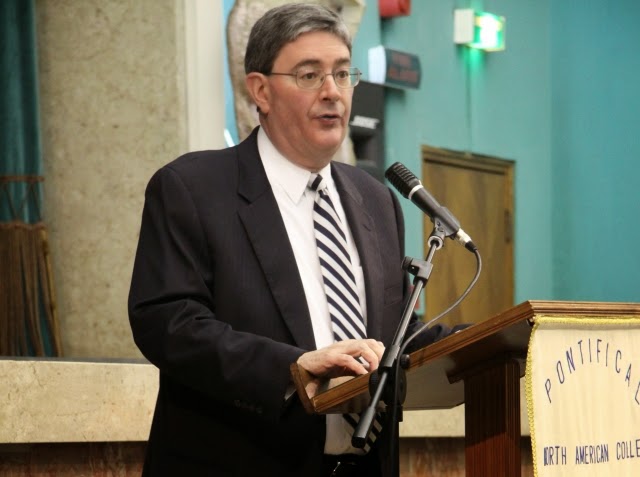 The third classic principle is the principle of subsidiarity, which can be called the free associational principle or principle of civil society. Although it vision of a richly textured and multi-layered human society reaches back to Medieval Christian experience, this principle first appeared in papal teaching in Pope Pius XI's 1931 encyclical, Quadragesimo Anno, which marked the 40th anniversary of Rerum Novarum. The principle of subsidiarity which is an extension and development of the traditional Catholic claim that the state exists to service society, teaches us that decision-making in society should be left at the lowest possible level (i.e. the level closest to those most affected by the decision), commensurate with the common good. Classic American federalism-- in which local and state governments handle many aspects of public policy, while the national government exercises certainly strictly defined functions-- is one empirical example of the principle of subsidiarity at work. Articulated under the lengthening shadow of the totalitarian project in the first third of the 20th century, the principle of subsidiarity remains today as a counter-statist principle in Catholic social thinking.  It directs us to look first to private sector solutions, or to a private sector/public sector mix of solutions, rather than to the state, in dealing with education, health care, and social welfare.

--George Weigel, "The Free and Virtuous Society", in Against the Grain: Christianity and Democracy, War and Peace, 2008

QUOTATION: Pray for Those Who Sin at Night

Pray often at night, and ask the Lord to have pity on those who sin by night: because they are more numerous than those who sin by day. By day, they are usually busy doing something else. Offer to Suffering Jesus a whole night of prayer for those who continually make him cry because of their sins. You will want to pass other nights in prayer. It will be worth a superbe place of eternal rest.

QUOTATION: The Best Motive for Contrition

God pardons only the contrite and humble heart, and that the most powerful motive for contrition is that of divine love, regret for having offended Him who has loved us so much. It ought to make the smallest offence the greatest evil in our eyes, since it wounds a God infinitely good and amiable.