QUOTATION: How Prayer Can Solve Your Doubt 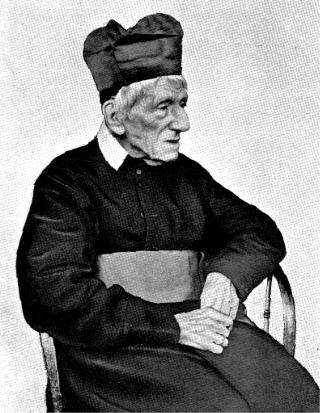 I will give, for the sake of illustration, some instances in detail of one particular fault of mind, which among others a habit of prayer is calculated to cure.

For instance; many a man seems to have no grasp at all of doctrinal truth. He cannot get himself to think it of importance what a man believes, and what not. He tries to do so; for a time he does; he does for a time think that a certain faith is necessary for salvation, that certain doctrines are to be put forth and maintained in charity to the souls of men. Yet though he thinks so one day, he changes the next; he holds the truth, and then lets it go again. He is filled with doubts; suddenly the question crosses him, "Is it possible that such and such a doctrine is necessary?" and he relapses into an uncomfortable sceptical state, out of which there is no outlet. Reasonings do not convince him; he cannot be convinced; he has no grasp of truth. Why? Because the next world is not a reality to him; it only exists in his mind in the form of certain conclusions from certain reasonings. It is but an inference; and never can be more, never can be present to his mind, until he acts, instead of arguing. Let him but act as if the next world were before him; let him but give himself to such devotional exercises as we ought to observe in the presence of an Almighty, All-holy, and All-merciful God, and it will be a rare case indeed if his difficulties do not vanish.