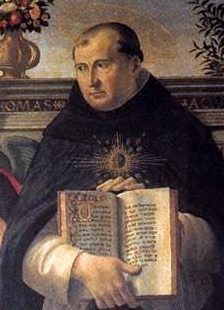 In Christ a twofold nature is to be considered, a divine, and the Gospel of John is chiefly concerned with this, hence he begins, 'In the beginning was the Word, and the Word was with God, and the Word was God.' And a human, and the other Gospels treat chiefly of this, and they are distinguished according to the threefold dignity that belongs to the man Christ. With respect to his royal honour, Matthew speaks. Hence in the beginning of his Gospel, he shows that Christ descended from kings and was adored by the Magi kings. With respect to his prophetic honour, Mark speaks, hence he begins with the preaching of the Gospel. With respect to his priestly dignity, Luke speaks, and he begins with the temple and the priesthood and ends his Gospel in the temple, and frequently returns to the temple, as the Gloss says about Luke chapter 2.46: 'and they found him sitting in the temple in the midst of the teachers.'