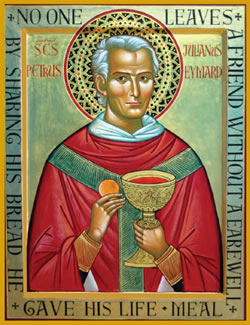 The sinner of necessity, as it were, despairs. That is the effect which always follows sinful pleasure, and the second effect is much more certain than the first. Adam and Eve, who fled and doubted of mercy, Cain, who rejected it and exclaimed: "My sin is too great for pardon, " are types of the sinner after his fall. They are discouraged for having been unfaithful; and the majority of sinners who put off their conversion are held back by despair " It is impossible for me to be pardoned. I have too deeply offended God!" The day on which they would weep, they would be converted.