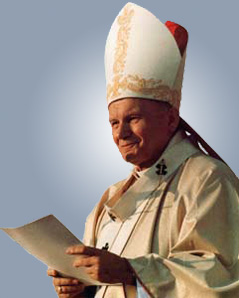 When freedom, out of a desire to emancipate itself from all forms of tradition and authority, shuts out even the most obvious evidence of an objective and universal truth, which is the foundation of personal and social life, then the person ends up by no longer taking as the sole and indisputable point of reference for his own choices the truth about good and evil, but only his subjective and changeable opinion or, indeed, his selfish interest and whim.

This view of freedom leads to a serious distortion of life in society. If the promotion of the self is understood in terms of absolute autonomy, people inevitably reach the point of rejecting one another. Everyone else is considered an enemy from whom one has to defend oneself. Thus society becomes a mass of individuals placed side by side, but without any mutual bonds.