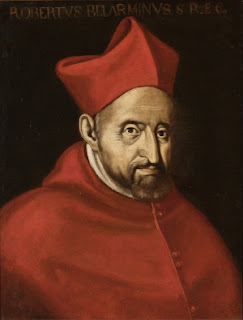 There is another passage in the same Gospel of St. Luke, which may be considered as a kind of commentary on the unjust steward: "There was a certain rich man, who was clothed in purple and fine linen, and feasted sumptuously every day. And there was a certain beggar named Lazarus, who lay at his gate, full of sores. Desiring to be filled with the crumbs that fell from the rich man's table, and no one did give him; moreover, the dogs came and licked his sores. And it came to pass that the beggar died, and was carried by the angels into Abraham's bosom. And the rich man also died: and he was buried in hell." This Dives was certainly one of those who supposed he was master of his own money, and not a steward under God; and therefore he imagined not that he offended against God, when he was clothed in purple and linen, and feasted sumptuously every day, and had his dogs, and his buffoons, etc. For he perhaps said within himself: " I spend my own money, I do no injury to any one, I violate not the laws of God, I do not blaspheme nor swear, I observe the sabbath, I honour my parents, I do not kill, nor commit adultery, nor steal, nor bear false witness, nor do I covet my neighbour’s wife, or anything else." But if such was the case, why was he buried in hell? why tormented in the fire? We must then acknowledge that all those are deceived who suppose they are the "absolute" masters of their money; for if Dives had any more grievous sins to answer for, the Holy Scripture would certainly have mentioned them. But since nothing more has been added, we are given to understand that the superfluous adornment of his body with costly garments, and his daily magnificent banquets, and the multitude of his servants and dogs, whilst he had no compassion for the poor, was a sufficient cause of his condemnation to eternal torments.