QUOTATION: How the Religiously Insincere Act with God 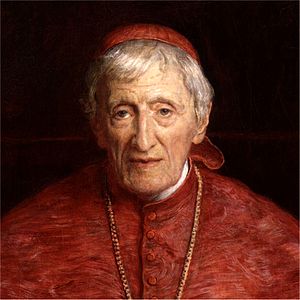 You sometimes say of a man, "he is friendly, or courteous, or respectful, or considerate, or communicative; but, after all, there is something, perhaps without his knowing it, in the background. He professes to be agreed with me; he almost displays his agreement; he says he pursues the same objects as I; but still I do not know him, I do not make progress with him, I have no confidence in him, I do not know him better than the first time I saw him." Such is the way in which the double-minded approach the Most High,—they have a something private, a hidden self at bottom. They look on themselves, as it were, as independent parties, treating with Almighty God as one of their fellows. Hence, so far from seeking God, they hardly like to be sought by Him. They would rather keep their position and stand where they are,—on earth, and so make terms with God in heaven; whereas, "he that doeth truth, cometh to the light, that his deeds may be made manifest that they are wrought in God." [John iii. 21.]