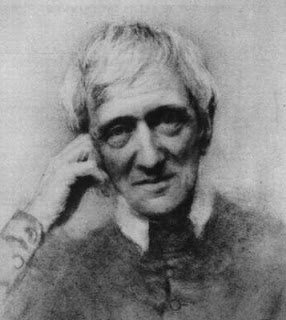 I say plainly, and without fear of contradiction, though it is a serious thing to say, that the aim of most men esteemed conscientious and religious, or who are what is called honourable, upright men, is, to all appearance, not how to please God, but how to please themselves without displeasing Him. I say confidently,—that is, if we may judge of men in general by what we see,—that they make this world the first object in their minds, and use religion as a corrective, a restraint, upon too much attachment to the world. They think that religion is a negative thing, a sort of moderate love of the world, a moderate luxury, a moderate avarice, a moderate ambition, and a moderate selfishness.

--Blessed John Henry Newman, "Obedience without Love, as instanced in the Character of Balaam", Parochial and Plain Sermons, Vol. 4