QUOTATION: Idolatry is the Opposite of Faith 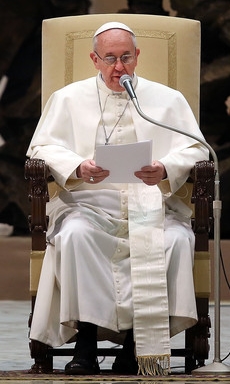 The history of Israel also shows us the temptation of unbelief to which the people yielded more than once. Here the opposite of faith is shown to be idolatry. While Moses is speaking to God on Sinai, the people cannot bear the mystery of God’s hiddenness, they cannot endure the time of waiting to see his face. Faith by its very nature demands renouncing the immediate possession which sight would appear to offer; it is an invitation to turn to the source of the light, while respecting the mystery of a countenance which will unveil itself personally in its own good time