QUOTATION: Why Didn't Jesus Reveal Himself to All After the Resurrection? 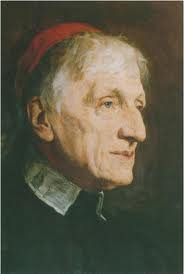 Now consider what would have been the probable effect of a public exhibition of His resurrection. Let us suppose that our Saviour had shown Himself as openly as before He suffered; preaching in the Temple and in the streets of the city; traversing the land with His Apostles, and with multitudes following to see the miracles which He did. What would have been the effect of this? Of course, what it had already been. His former miracles had not effectually moved the body of the people; and, doubtless, this miracle too would have left them as it found them, or worse than before. They might have been more startled at the time; but why should this amazement last? When the man taken with a palsy was suddenly restored at His word, the multitude were all amazed, and glorified God, and were filled with fear, saying, "We have seen strange things today." [Luke v. 26.] What could they have said and felt more than this, when "one rose from the dead"? In truth, this is the way of the mass of mankind in all ages, to be influenced by sudden fears, sudden contrition, sudden earnestness, sudden resolves, which disappear as suddenly. Nothing is done effectually through untrained human nature; and such is ever the condition of the multitude. Unstable as water, it cannot excel. One day it cried Hosanna; the next, Crucify Him. And, had our Lord appeared to them after they had crucified Him, of course they would have shouted Hosanna once more; and when He had ascended out of sight, then again they would have persecuted His followers. Besides, the miracle of the Resurrection was much more exposed to the cavils of unbelief than others which our Lord had displayed; than that, for instance, of feeding the multitudes in the wilderness. Had our Lord appeared in public, yet few could have touched Him, and certified themselves it was He Himself. Few, comparatively, in a great multitude could so have seen Him both before and after His death, as to be adequate witnesses of the reality of the miracle. It would have been open to the greater number of them still to deny that He was risen. This is the very feeling St. Matthew records. When He appeared on a mountain in Galilee to His apostles and others, as it would seem (perhaps the five hundred brethren mentioned by St. Paul), "some doubted" whether it were He. How could it be otherwise? these had no means of ascertaining that they really saw Him who had been crucified, dead, and buried. Others, admitting it was Jesus, would have denied that He ever died. Not having seen Him dead on the cross, they might have pretended He was taken down thence before life was extinct, and so restored. This supposition would be a sufficient excuse to those who wished not to believe. And the more ignorant part would fancy they had seen a spirit without flesh and bones as man has. They would have resolved the miracle into a magical illusion, as the Pharisees had done before, when they ascribed His works to Beelzebub; and would have been rendered no better or more religious by the sight of Him, than the common people are now-a-days by tales of apparitions and witches.

Surely so it would have been; the chief priests would not have been moved at all; and the populace, however they had been moved at the time, would not have been lastingly moved, not practically moved, not so moved as to proclaim to the world what they had heard and seen, as to preach the Gospel. This is the point to be kept in view: and consider that the very reason why Christ showed Himself at all was in order to raise up witnesses  to His resurrection, ministers of His word, founders of His Church; and how in the nature of things could a populace ever become such?