QUOTATION: Why did Christ show Himself to so few witnesses after He rose from the dead? 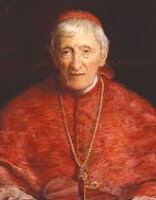 Why did Christ show Himself to so few witnesses after He rose from the dead? Because He was a King, a King exalted upon God's "Holy hill of Zion;" as the Psalm says which contains the text. Kings do not court the multitude, or show themselves as a spectacle at the will of others. They are the rulers of their people, and have their state as such, and are reverently waited on by their great men: and when they show themselves, they do so out of their condescension. They act by means of their servants, and must be sought by those who would gain favours from them.