QUOTATION: How Religions Resemble One Another 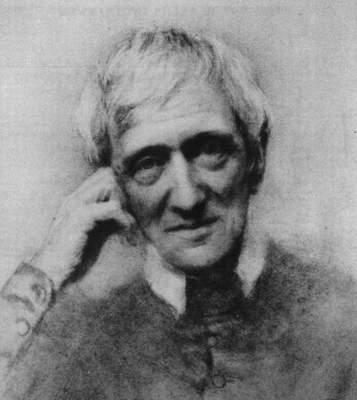 I observe, then, that whether it came from Noah after the flood or not, so it is, that all religions, the various heathen religions as well as the Mosaic religion, have many things in them which are very much the same. They seem to come from one common origin, and so far have the traces of truth upon them. They are all branches, though they are corruptions and perversions, of that patriarchal religion which came from God. And of course the Jewish religion came entirely and immediately from God. Now God's works are like each other, not different; if, then, the Gospel is from God, and the Jewish religion was from God, and the various heathen religions in their first origin were from God, it is not wonderful, rather it is natural, that they should have in many ways a resemblance one with another. And, accordingly, that the Gospel is in certain points like the religions which preceded it, is but an argument that "God is One, and that there is none other but He;"—the difference between them being that the heathen religions are a true religion corrupted; the Jewish, a true religion dead; and Christianity, the true religion living and perfect. The heathen thought to be saved by works, so did the Jews, so do Christians; but the heathen took the works of darkness for good works, the Jews thought cold, formal and scanty works to be good works, and Christians believe that works done in the Spirit of grace, the fruit of faith, and offered up under the meritorious intercession of Christ, that these only are good works, but that these really are good:—so that while the heathen thinks to be saved by sin, and the Jew by self, the Christian relies on the Spirit of Him who died on the Cross for him. Thus they differ; but they all agree in thinking that works are the means of salvation; they differ in respect to the quality of these works.