QUOTATION: The Foresight of the Unborn Jesus 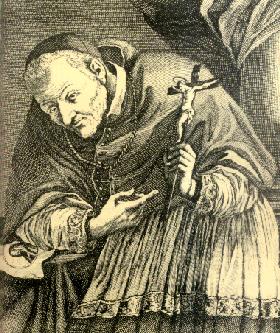 Consider that whatever Jesus Christ suffered in his life and in his Passion, was all placed before him whilst he was yet in the womb of Mary, and he accepted everything that was proposed to him with delight; but in accepting all this, and in overcoming the natural repugnance of sense, O my God, what anguish and oppression did not the innocent heart of Jesus suffer! Well did he understand what he was first of all to endure, shut up for nine months in the dark prison of the womb of Mary; in suffering the shame and the sorrows of his birth, being born in a cold grotto that was a stable for beasts; in having afterwards to lead for thirty years an humble life in the shop of an artisan; in considering that he was to be treated by men as ignorant, as a slave, as a seducer, and as one guilty of death, and of the most infamous and painful death that ever was allotted to the most worth less of criminals.