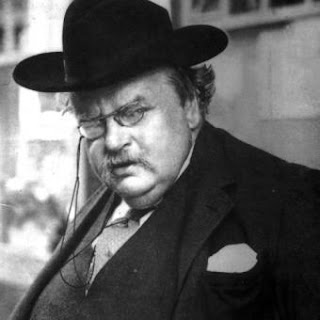 The practical case against pride, as a mere source of social discomfort and discord, is if possible even more self-evident than the more mystical case against it, as a setting up of the self against the soul of the world. And yet though we see this thing on every side in modern life, we really hear very little about it in modern literature and ethical theory. Indeed, a great deal of modern literature and ethics might be meant specially for the encouragement of spiritual pride. Scores of scribes and sages are busy writing about the importance of self-culture and self-realisation; about how every child is to be taught to develop his personality (whatever that may be); about how every man must devote himself to success, and every successful man must devote himself to developing a magnetic and compelling personality; about how every man may become a superman (by taking Our Correspondence Course) or, in the more sophisticated and artistic type of fiction, how one specially superior superman can learn to look down on the mere mob of ordinary supermen, who form the population of that peculiar world. Modern theory, as a whole, is rather encouraging egoism. But we need not be alarmed about that. Modern practice, being exactly like ancient practice, is still heartily discouraging it. The man with the strong magnetic personality is still the man whom those who know him best desire most warmly to kick out of the club. The man in a really acute stage of self-realisation is a no more pleasing object in the club than in the pub. Even the most enlightened and scientific sort of club can see through the superman; and see that he has become a bore. It is in practice that the philosophy of pride breaks down; by the test of the moral instincts of man wherever two or three are gathered together; and it is the mere experience of modern humanity that answers the modern heresy.