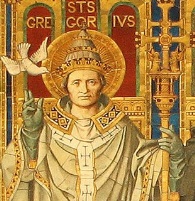 It must be realized that "Angel" is the name of their office, not of their nature. For the holy spirits of the heavenly homeland are always spirits, but they cannot always be called Angels; they are Angels only when they are announcing something. And so the Psalmist says, "He who makes spirits His Angels," as if he said plainly that, when He wills, He uses as Messengers those spirits who are always His. Those who announce less important things are called Angels, and those who announce the highest things are called Archangels.