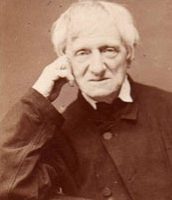 St. Thomas is the Apostle who doubted of our Lord's resurrection. This want of faith has given him a sort of character in the minds of most people, which is referred to in the Collect for the day. Yet we must not suppose that he differed greatly from the other Apostles. They all, more or less, mistrusted Christ's promises when they saw Him led away to be crucified. When He was buried, their hopes were buried with Him; and when the news was brought them, that He was risen again, they all disbelieved it. On His appearing to them, He "upbraided them with their unbelief and hardness of heart." [Mark xvi. 14.] But, as St. Thomas was not present at this time, and only heard from his fellow Apostles that they had seen the Lord, his time of perplexity and darkness lasted longer than theirs. At the news of this great miracle, he expressed his determination not to believe unless he himself saw Christ, and was allowed to touch Him. And thus, by an apparently accidental circumstance, Thomas is singled out from his brethren, who at first disbelieved as well as he, as if he were an especial instance of unbelief. None of them believed till they saw Christ, except St. John, and he too hesitated at first. Thomas was convinced latest, because he saw Christ latest. On the other hand, it is certain that, though he disbelieved the good news of Christ's resurrection at first, he was no cold-hearted follower of his Lord, as appears from his conduct on a previous occasion, when he expressed a desire to share danger, and to suffer with Him. When Christ was setting out for Judaea to raise Lazarus from the dead, the disciples said, "Master, the Jews of late sought to stone Thee, and goest Thou thither again?" [John xi. 8.] When He remained in His intention, Thomas said to the rest, "Let us also go, that we may die with Him." This journey ended, as His Apostles foreboded, in their Lord's death; they indeed escaped, but it was at the instance of Thomas that they hazarded their lives with Him.