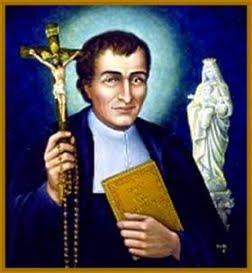 Because Mary remained hidden during her life she is called by the Holy Spirit and the Church "Alma Mater", Mother hidden and unknown. So great was her humility that she desired nothing more upon earth than to remain unknown to herself and to others, and to be known only to God. In answer to her prayers to remain hidden, poor and lowly, God was pleased to conceal her from nearly every other human creature in her conception, her birth, her life, her mysteries, her resurrection and assumption. Her own parents did not really know her; and the angels would often ask one another, "Who can she possibly be?", for God had hidden her from them, or if he did reveal anything to them, it was nothing compared with what he withheld.