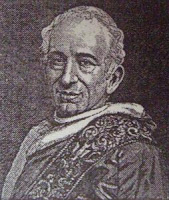 If when men discuss the question of liberty they were careful to grasp its true and legitimate meaning, such as reason and reasoning have just explained, they would never venture to affix such a calumny on the Church as to assert that she is the foe of individual and public liberty. But many there are who follow in the footsteps of Lucifer, and adopt as their own his rebellious cry, "I will not serve"; and consequently substitute for true liberty what is sheer and most foolish license. Such, for instance, are the men belonging to that widely spread and powerful organization, who, usurping the name of liberty, style themselves liberals.
--Pope Leo XIII, Libertas Praestantissimum