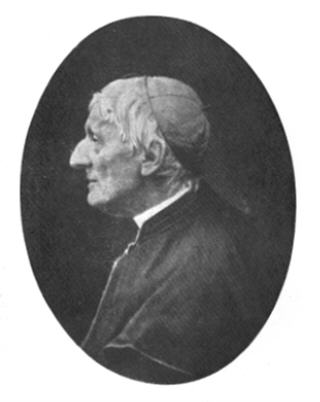 I consider that Christians, certainly those who are in the same outward circumstances, are very much more like each other in their temptations, inward diseases, and methods of cure, than they at all imagine. Persons think themselves isolated in the world; they think no one ever felt as they feel. They do not dare to expose their feelings, lest they should find that no one understands them. And thus they suffer to wither and decay what was destined in God's purpose to adorn the Church's paradise with beauty and sweetness. Their "mouth is not opened," as the Apostle speaks, nor their "heart enlarged;" they are "straitened" in themselves, and deny themselves the means they possess of at once imparting instruction and gaining comfort.
Nay, instead of speaking out their own thoughts, they suffer the world's opinion to hang upon them as a load, or the influence of some system of religion which is in vogue. It very frequently happens that ten thousand people all say what not any one of them feels, but each says it because every one else says it, and each fears not to say it lest he should incur the censure of all the rest. Such are very commonly what are called the opinions of the age. They are bad principles or doctrines, or false notions or views, which live in the mouths of men, and have their strength in their public recognition. Of course by proud men, or blind, or carnal, or worldly, these opinions which I speak of are really felt and entered into; for they are the natural growth of their own evil hearts. But very frequently the same are set forth, and heralded, and circulated, and become current opinions, among vast multitudes of men who do not feel them. These multitudes, however, are obliged to receive them by what is called the force of public opinion; the careless of course, carelessly, but the better sort superstitiously. Thus ways of speech come in, and modes of thought quite alien to the minds of those who give in to them, who feel them to be unreal, unnatural, and uncongenial to themselves, but consider themselves obliged, often from the most religious principles, not to confess their feelings about them. They dare not say, they dare not even realize to themselves their own judgments. Thus it is that the world cuts off the intercourse between soul and soul, and substitutes idols of its own for the one true Image of Christ, in and through which only souls can sympathise. Their best thoughts are stifled, and when by chance they hear them put forth elsewhere, as may sometimes be the case, they feel as it were conscious and guilty, as if some one were revealing something against them, and they shrink from the sound as from a temptation, as something pleasing indeed but forbidden. Such is the power of false creeds to fetter the mind and bring it into captivity; false views of things, of facts, of doctrines, are imposed on it tyrannically, and men live and die in bondage, who were destined to rise to the stature of the fulness of Christ.