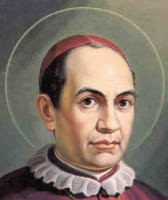 If I saw anyone about to fall into a pit or a fire, would I not run up to him and warn him, and do all in my power to help him from falling in? Why should I not do this much to keep sinners from falling into the pit and fires of Hell?

Neither can I understand why other priests who believe the selfsame truths as I do, as we all must do, do not preach or exhort their flock so that they might avoid this unbearable eternity of Hell. It is still a source of wonder to me how the laity - those men and women blessed with the Faith - do not give warning to those who need it. If a house were to catch fire in the middle of the night, and if the inhabitants of the same house and the other townsfolk were asleep and did not see the danger, would not the one who first noticed it shout and run along the streets, exclaiming: "Fire! Fire! In that house over there!" Then why should there not be a warning of eternal fire to waken those who are drifting in the sleep of sin in such a way that when they open their eyes they will find themselves burning in the eternal flames of Hell?