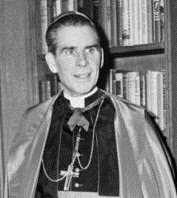 A nation always gets the kind of politicians it deserves. If a time ever comes when the religious Jews, Protestants and Catholics ever have to suffer under a totalitarian state, which would deny to them the right to worship God according to the light of their conscience, it will be because for years they thought it made no difference what kind of people represented them in Congress, and because they abandoned the spiritual in the realm of the temporal.