QUOTATION: God is the fundamental question 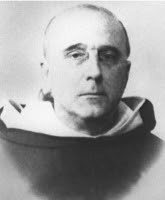 But the question of the interior life is being more sharply raised today than in several periods less troubled than ours. The explanation of this interest lies in the fact that many men have separated themselves from God and tried to organize intellectual and social life without Him. The great problems that have always preoccupied humanity have taken on a new and sometimes tragic aspect. To wish to get along without God, first Cause and last End, leads to an abyss; not only to nothingness, but also to physical and moral wretchedness that is worse than noth­ingness. Likewise, great problems grow exasperatingly serious, and man must finally perceive that all these problems ultimately lead to the fundamental religious problem; in other words, he will finally have to declare himself entirely for God or against Him. This is in its essence the problem of the interior life. Christ Himself says: "He that is not with Me is against Me." (5)